Bunked off yoga as I’m still trying to shake this respiratory infection. Antibiotics seem to have kicked in although I’m still getting those coughing fits twice a day where my visual aperture shrinks to a dot and all I can hear is buzzing. It’s fine if I’m clinging to something solid. Less fine if I’m driving.

I finally finished The Goldfinch laid up in bed on shabbat morning. If I read professionally instead of for pleasure I’m sure I could pick it to pieces. Tartt is still deeply clinical and detached and she probably tries a little bit too hard to squeeze her detached characters into the thing other writers call “plot”. But I don’t read professionally. I read purely for pleasure and for the third time, in as many novels, over a period of twenty years, Ms Tartt has given me nothing but pleasure. It’s a book about Art and Death. If that doesn’t sound like your thing then I have nothing left to recommend it. I liked it very much.

Also I effing love her author photo. I have no idea if she actually looks like that but everything in this picture makes me love Donna Tartt as much as the work I have enjoyed. The shirt, the tailored jacket, her ginormous man hands, that parting and those eyes. Yowsa. 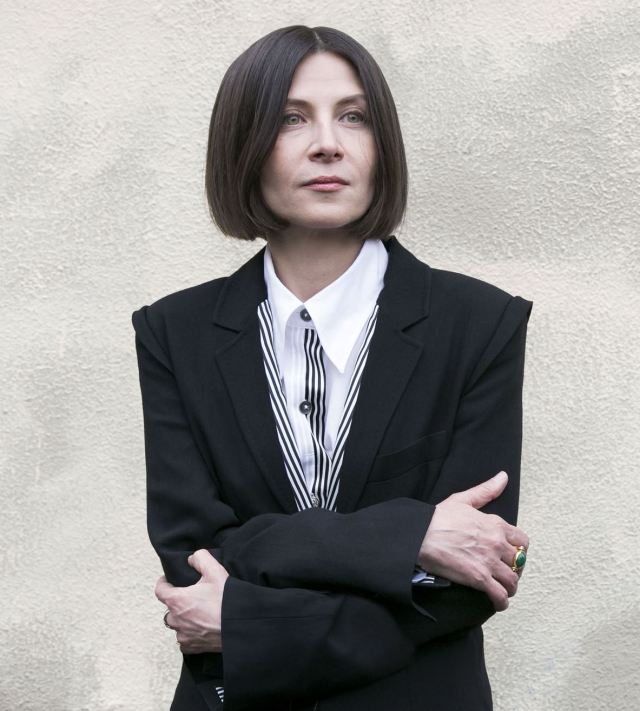 After a big novel I usually like something witty and violent as a palate cleanser. This time I chose The Two-Bear Mambo by Joe R. Lansdale. It’s the third in the Hap & Leonard series and it’s the wittiest and most violent one so far. Hap is a 40-something, white trash, day labourer ex-con (for refusing the draft) and Leonard is a gay Black veteran of Vietnam. They are friends. The book opens with Leonard celebrating Christmas by burning down the crackhouse over the road… for the third time. They’re not detectives. They’re not even that smart. But they represent that world where a man’s word, his sense of self and his determination to follow through mean almost everything.

It’s raining on every page of this book. And there’s a lot of disturbing violence and racial intolerance too. I’ve already bought the next three in the series.

Started the Lansdale shabbat afternoon and finished it on Sunday. Then I went through my next book in about 45 minutes. I was crying for most of that. It’s not a big deal. I tend to cry very easily at the oddest things. TV ads, songs on the radio, doctor’s appointments and comic books. Or graphic novels. Or whatever you want to call them.

I gave up trying to convince people to read comics a long time ago. You either will or you won’t. Or maybe you read Maus or Persepolis so you think you have and you don’t need to anymore. I don’t care. Do what you want. I’ve read some crap graphic novels and some outstanding ones. The first time I cried while reading a comic book, it was a Batman story. It was actually the greatest Batman story ever. I had to put the book down for a good while because I was weeping so heavily. Sometimes I pick up the book and just stare at that one panel. Hope and loss. Optimism and brutality. Art and Death.

I’ve cried plenty since in other comics. Recent offenders include Grant Morrison’s We3. It’s about killer robot pets. There’s hardly any dialog. I don’t even like animals that much. I was a blubbering wreck almost throughout.

Then there was I Kill Giants by Joe Kelly. I had no idea what I was getting into with this one and I was totally unprepared. I thought it was about a girl who kills giants. Specifically a girl called Barbara who stands up in her careers class in school and says that the reason she isn’t paying attention is because she already has a career.

Did I mention that it’s in black and white? And that at no point is there any explanation for why Barbara is wearing bunny ears?

I was not prepared for Barbara. I just went to fetch the book down from the shelf and completely fell apart all over again. I think I Kill Giants is a masterpiece. A truly great work. I don’t kid myself that I will ever convince anyone to read it who hasn’t already, but if you ever decide to…

And so to the 45 minutes I spent mostly weeping on Sunday. The book is called Days of the Bagnold Summer by Joff Winterheart. It’s less than 80 pages long and it’s a funny shape. It’s about Sue and Daniel Bagnold, mother and son, and their Summer together after Daniel’s visit to Florida gets canceled because his stepmother is having a baby there and well, you know, “bad timing”. Daniel is 15. He likes heavy metal and he fantasizes about a band called Skullslayer. Sue thinks the name is stupid.

Surely a skull is already dead? You couldn’t slay a skull… It doesn’t make any sense…

Almost nothing happens. It takes them all Summer to come to an agreement about the shoes Daniel will wear to a family wedding. Oh, and Maisie the dog is getting older.

Here are my favourite two panels. Daniel and Sue are eating out at a fast-food restaurant when Sue notices that Daniel’s wearing eyeliner. In a huff he moves to sit on the same side of the table as Sue, “So I don’t have to look at you – puts me off my food.”

Days of the Bagnold Summer is good stuff. It’s not I Kill Giants-good but so very few things are. It’s certainly worth 45 minutes if you have them.

After getting my average back up, I decided to tackle something more weighty. I was bought Niall Ferguson’s Civilization as a present. I’m a difficult person to buy books for because I mostly buy myself everything I want to read. My wife has tried on several occasion to buy books for me and it’s never ended well.

I’ve never read Niall Ferguson before and I tend to limit my non-fiction reading to biographies and other non-fiction “stories” because I find I don’t have a sharp enough brain to take on really complex things like opinions, theories and ideas. I’m only 50 pages in to Civilization and it’s built, from the ground up, on opinions, theories and actual, real ideas. I’m not struggling too badly and it’s wonderfully written. I may even be enjoying it. Don’t tell my last history teacher though. Right before I dropped out of my O-Level history class, I failed my test because when they asked me what the impact of such and such was on the map of Europe, I wrote “it made the edges curl up a bit.” Hashtag true story.

I watched Run Lola Run last night with childs 2 and 3. They both claimed that it was the first time they’d watched a film in a language they didn’t know. I’m kind of over being depressed about the things my kids tell me. I can’t remember when I first watched this film, but I didn’t remember how smart it was. I love the way realities bleed into each other. Great little movie.

There can be nothing else in my life right now but House of Cards season 2. As much as I love Kevin Spacey there’s only one truly unmissable thing about House of Cards and it’s Robin Wright. Years ago her beauty took your breath away as Princess Buttercup. Now she sucks the atmosphere from your lungs leaving an asphyxiating vacuum of moral void. Claire is not actively evil like some comic book villain, but she does personify that sometime definition of evil… she is the absence of anything good. I say “anything” but actually she has the best haircut that has ever been on TV. Ever.

So, in summary, Robin Wright’s character Claire represents the absence of anything good except her haircut. If that’s not unmissable, bingeworthy TV then I don’t know what is.

This entry was posted in Books, I Kill Giants, The Goldfinch and tagged Donna Tart, Hap & Leonard, House of Cards, Princess Buttercup. Bookmark the permalink.