You Are Number Six

There’s nothing old on TV anymore. Back in the 80s they often repeated classic TV shows and it would be an event for me to watch them even if everyone else had already seen them. I can’t believe I watched Roots when it was first broadcast in 1977. I would have been too young. But sometime later it ran again on the BBC and I sat through the entire thing. It had a profound impact on me. 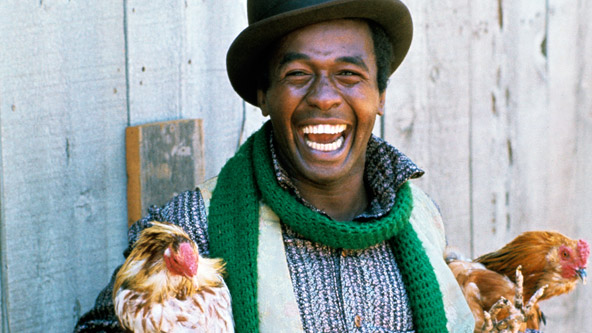 END_OF_DOCUMENT_TOKEN_TO_BE_REPLACED

Let us instead consider the new Top 40 for the week, beginning with the new entries. Barely scraping onto the chart at no. 40 was a debut hit by an American singer. The young singer visited England to plug this first single pretty comprehensively. No one looked like her. No one danced like her. She incorporated synchronized dance moves into her performance in a way we hadn’t seen since the heyday of Motown bands from her native Detroit. END_OF_DOCUMENT_TOKEN_TO_BE_REPLACED

Hit Me With Your Laser Beams

In my recent review of the first top 40 chart of 1984, I missed out one key fact. The title of the highest climber in the first chart of the year that leapt from 35 to no. 6.

Back in 1984 the new top 5 was unveiled to the public at lunchtime on a Tuesday. Then the host of the Radio 1 Breakfast show would run through the new entries and the highest climbers the following morning. 30 years ago today, on Wednesday January 11, 1984, Mike Read took the needle off the highest climber while it was still playing. He declared the song obscene and he vowed never to play it again. END_OF_DOCUMENT_TOKEN_TO_BE_REPLACED

It’s January 8 which means it’s happy birthday Mr. Bowie and that it would have been the 79th birthday of the King.

It’s also the 30th anniversary of the first new singles chart of 1984. I have already stated my goal of proving that 1984 was the greatest year in the history of the world for popular music and, if I’m being honest, this first chart isn’t doing me any favours.

Let’s start with the new entries to the top 40. In at 40 is something by Whitesnake that I don’t recognize. New at 39 was Eartha ‘Catwoman’ Kitt’s novelty hit “Where is My Man“. Fresh at 38 was Gloria Gaynor’s cover of “I Am What I Am” from the stage musical version of La Cage Aux Folles. END_OF_DOCUMENT_TOKEN_TO_BE_REPLACED

So, we went to see The Wolf of Wall Street last night. First movie of 2014. I thought the trailer was excellent. Leo looked smashing. Matthew McKnobblyknees sounded great and he seemed proper funny. And that pounding soundtrack (Kanye’s “Black Skinhead,” pop pickers). It was all so promising.

I’ve seen a bunch of Scorsese movies. Goodfellas was one of the great cinema-going experiences of my life. It was so bold, exciting. The Wolf? Not so much. END_OF_DOCUMENT_TOKEN_TO_BE_REPLACED

Fans of Sir Arthur Conan Doyle’s most famous creation have never had it so good. While I confess to never having read a single story featuring Sherlock Holmes I am currently in thrall to two separate versions of the character and his supporting cast.

The BBC version of Sherlock debuted to enormous acclaim in 2010 as three 90 minutes movies. Set in modern day, Sherlock fully exploits every modern medium of information gathering at his disposal while displaying an extraordinary eye and a superior intellect. Played by an angular alien with the improbable name of Bendymutch Cummerbund, this version of Sherlock can seem cruel. He is motivated by solving puzzles far more than solving crimes. END_OF_DOCUMENT_TOKEN_TO_BE_REPLACED

It’s been a long time, I shouldn’ta left you. Without a dope beat to step to. 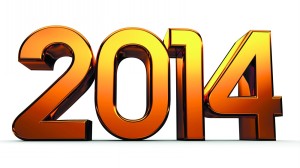 January 1st, 2014. Perfectly sandwiched between ‘20 years ago today‘ and Forty Years On, it’s time to celebrate the annus mirabilis that was Nineteen Eighty Four.

My main hypothesis which I intend to establish in a series of blog posts this year states that 1984 was, by any sane metric, the greatest year in popular music in the history of the world. In addition, I will establish that 1984 was also the greatest year of my life, against which all others have been measured and found wanting. It was the year that I peaked academically, socially and sexually. END_OF_DOCUMENT_TOKEN_TO_BE_REPLACED

I’ve watched an awful lot of crap in the last few days. I’ve been trying out new half-hour sitcoms trying to find something fresh.

Here are some of the new shows I have tried.

. He was very funny in a supporting role in 30 Rock

. Here he plays the lead. Turns out his brand of funny isn’t good for the lead. He’s too kooky. Too nuts. When your part requires you to be the most ridiculous character in any given scene, it’s hard to find the pathos necessary to win the audience over. 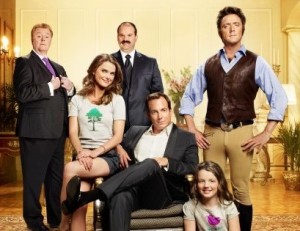 END_OF_DOCUMENT_TOKEN_TO_BE_REPLACED

HBO may well be the second best TV station in the world. I haven’t watched every show that they’ve produced, but I’ve seen quite a few and I like what I’ve seen. From Sex and the City

, every episode of The Sopranos

through all five seasons of The Wire. I’ve spent enough time watching HBO shows to know that they understand the medium and can deliver quality entertainment.

In almost every instance where I committed to an HBO show, it’s come after the show has already broken out. This time I thought I would try something different. The only things I know about Boardwalk Empire before watching are that it stars Steve Buscemi and it’s directed by Martin Scorsese. That’s a heady combo. Crazy Eyes out of Mr. Deeds

and the guy who put Wesley Snipes in a Michael Jackson video. Awesome.

END_OF_DOCUMENT_TOKEN_TO_BE_REPLACED

Is This Your Teacher? 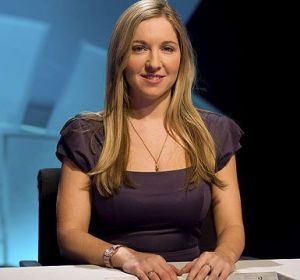 I love quiz shows. I watch University Challenge every week and I really like Only Connect too. I used to really like Fifteen-to-One when it was on as well.

The common thread is that I like quiz shows with real questions. I like it when the questions are hard. I like feeling good when I can answer them. I don’t like feeling tricked when I can’t.