Not Nemo No More

when it first started. The kid who plays the kid… the younger kid… he’s Nemo. 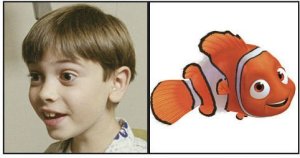 , probably a dozen times. And I’ve seen every episode of Weeds up to and including the first episode of the sixth season which started this week on Showtime. I can promise you one thing. Young Alexander Gould who plays Shane Botwin is not Nemo, no more.

If you’re not up to date, I’ll try to skirt around the big news.

When the show started it was all about Nancy Botwin trying to may a bit of extra cash dealing pot after her husband, Judah, died. Nancy’s a sexy young mum with a couple of teenage boys. She struggles with parenting as she does with everything else in her life.

The first two seasons were set in cookie-cutter suburbia. It was kind of dark and kooky.

Jump forward a couple of seasons and Nancy’s second husband, an agent for the Drug Enforcement Agency has been murdered, her entire town has been burned to the ground and she’s pregnant with the child of a Mexican drug lord.

While the older brother, Silas, seems to take it all in his sarcastic stride, young Shane may not have entirely avoided some psychological damage as a result of his mother’s inability to provide a stable home life.

Last season Shane hung around with criminal types and he even got shot a bit. It’s made him cold. It’s made him a badass. Weeds was always a little dark. Now that Nemo has gone off the deep end, it’s blacker than pitch.